* As an Amazon Associate we earn from qualifying purchases.

Pregnancy is a normal occurrence for every woman of childbearing age. Being normal, though, doesn’t mean everything about it can be considered safe.

Childbearing since the beginning of time has always been a potential threat to a mother’s life. It is only over recent years that it’s ceased to be such a dangerous event. Thanks to fast-paced technology, childbirth-related deaths and complications have been reduced (although not totally eradicated).

Along with pregnancy comes a multitude of things that an expectant mother should avoid and foods that are not healthy for either the mother or the fetus.

In this article, we will enlighten you with some proven facts about this vinegar that is hailed as nature’s answer to a multitude of ailments.

What is Apple Cider Vinegar?

Apple cider vinegar (ACV) is derived from the apple in its name.

The fruit is crushed and fermented to achieve its acid taste.

ACV is also a proven treatment for dandruff and a good skin exfoliant. It also serves for teeth whitening and helps in lowering blood sugar when taken before meals. There are reports that apple cider vinegar can suppress appetite and therefore is good for dieting. It can also be used as an inhaler to unclog nasal congestions.

Truth is, there are actually contradicting views about the safety of using apple cider vinegar during pregnancy.

Quite simply, some reports say apple cider vinegar is safe for consumption while others claim it will do harm to the baby itself.

Those who say it is alright to ingest ACV claim that plain, old apple cider vinegar will not do and that it should ideally be organic and pasteurized.

Those who say it is not good for consumption hold to the viewpoint that apple cider vinegar, whether plain or pasteurized, will greatly affect the mother’s health as well as that of the baby’s itself. These are due to the simple reasons that ACV processing can be contaminated with such bacteria as E. Coli.

And, although pasteurization kills bacteria, it doesn’t guarantee that bacteria will still form after you start using it. Some suggest that, if kept in a refrigerator at a temperature lower than 40 degrees, bacteria will start to accumulate in ACV.

Since apple cider vinegar is fermented, it means it contains alcohol which is inadvisable for expectant mothers to consume in any kind of quantity.

Apple cider vinegar, they claim, will also reduce the efficacy of certain medications prescribed to the mother while pregnant. The acid content of the apple cider vinegar is also called into question because there are highly specific amounts of pH acidity required to be taken on during pregnancy.

However healthy and beneficial a particular food or drink might be, it is always safest to check with your doctors before indulging in anything suspect.

Apple cider vinegar is safe in and of itself but not yet proven safe to ingest by pregnant women.

Do not just rely on online forums, hearsays or articles. Use this as part of your decision making but, as the saying goes, it is always better safe than sorry.

Consult with your doctor for any clarification. It’s always wise to get a medical opinion.

We hope we have given you some interesting facts about the safety of apple cider vinegar for pregnancy. If you have any queries, do not hesitate to contact us. We welcome all questions and comments.

Please also feel free to share any of our articles on your preferred social media channel. 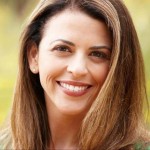 by Mary Kellow December 19, 2020
Hi there, I’m Mary, editor at My Mommy Guide. I want to help make every step of the journey with your new baby easier. My goal is to inform you about as wide a range of subjects related to newborns as possible. Whether you are a new mother or the parents of several kids, this site aims to cater for all. Although there are no rules for being a parent, there is certainly plenty of sound practice. I will bring you ongoing, fresh content and always encourage your feedback. Welcome to our site!
Previous Post Next Post

Organic Baby Formula: Is It The Best Option For Your Baby?
No comments

Reusable Vs Disposable Diapers
No comments